One Last Stop was one of my most anticipated releases for 2021, and I think it’s safe to say it exceeded all my expectations! A magical novel about finding yourself, and fighting for what you love, featuring a beautiful f/f romance, the best banter, gorgeous prose, and the most heartwarming found family, this book now owns my entire heart!

Thank you so much to Macmillan International for providing me with a copy of ‘One Last Stop’ in exchange for an honest review! This did not affect my opinion in any way. All quotes are from an advance copy and may differ in final publication.

From the New York Times bestselling author of Red, White & Royal Blue comes a new romantic comedy that will stop readers in their tracks…

For cynical twenty-three-year-old August, moving to New York City is supposed to prove her right: that things like magic and cinematic love stories don’t exist, and the only smart way to go through life is alone. She can’t imagine how waiting tables at a 24-hour pancake diner and moving in with too many weird roommates could possibly change that. And there’s certainly no chance of her subway commute being anything more than a daily trudge through boredom and electrical failures.

But then, there’s this gorgeous girl on the train.

Jane. Dazzling, charming, mysterious, impossible Jane. Jane with her rough edges and swoopy hair and soft smile, showing up in a leather jacket to save August’s day when she needed it most. August’s subway crush becomes the best part of her day, but pretty soon, she discovers there’s one big problem: Jane doesn’t just look like an old school punk rocker. She’s literally displaced in time from the 1970s, and August is going to have to use everything she tried to leave in her own past to help her. Maybe it’s time to start believing in some things, after all.

Casey McQuiston’s One Last Stop is a magical, sexy, big-hearted romance where the impossible becomes possible as August does everything in her power to save the girl lost in time.

She read about San Francisco, about the movements happening there, about Asian lesbians riding on the backs of cable cars just to show the city they existed

When I first finished One Last Stop, I was rendered speechless – the only word my brain seemed capable of thinking of whenever I thought of the book, was, wow. It was a love letter to queer communities everywhere. McQuiston reflects on the meaning of being queer in the 70s, all the way to where we are today, and their exploration of that was beautiful. They were unapologetic in showing the way queer people suffered, but on the other hand, balanced it with hope, and positive messages through their characters. The effortless diversity is honestly something I appreciated wholeheartedly, because yes, it is normal. The diverse cast of characters never felt like they were only their sexuality, or their ethnicity, and every single character was so three dimensional, that no matter how small their role might be, you would have a connection with them by the ending.

I’m not a fan of slow-paced books, and even though the first 30% of this book is slightly slow, I savored every moment of it. The small actions, words, and thoughts, all added a deeper meaning to the story, and heightened the stakes to Jane’s unfortunate predicament.

But what I’ve figured out is, I’m never as alone as I think I am.

The heartwarming found family in this book gave me so much warmth, and comfort! Everyone was so chaotic, and memorable, and the banter between them was just *chef’s kiss*. I found it so wonderful to see August just pushed together with the residents of 6F (and 6E across the hall), and then see them grow together, watch them gradually get closer over time and become the group of queer misfits they are! I think the closeness, and how much they bonded over the period of time in which the story takes place, will hold a special place in my heart forever 🥺🤍 What I loved, the most, however, was that each of the characters were so three-dimensional, and each of them had such distinct, unique personalities. They weren’t just side-characters there to help with the main character’s growth – but they all had their own purpose, and their own individual character arcs as well.

Although I loved so many parts about the book, like practically everyone else, I also adored the romance between August and Jane! The yearning, the desire, and the angst had me wanting more after every page. Seeing them progressively grow from strangers, to friends gave me butterflies, and I found myself longing for them to *finally* get together, and, when they did, they were perfect! When I say perfect, I don’t mean that their relationship in itself was perfect, but rather the way McQuiston brought it to life was. They helped each other grow, and acknowledged each other’s faults – while still loving the best parts of each other. They had fights, they made up, and they found their way through everything side-by-side. Together. And really, that’s what I found so beautiful.

And so, in her first month in the apartment on the corner of Flatbush and Parkside above the Popeyes, August learns that the Q is a time, a place, and a person.

Casey McQuiston’s atmospheric prose instantly transported me to NYC. I’ve been to NYC only twice, but both times, it was completely magical! The crowd, the trains, Times Square, I fell in love with everything, so revisiting it in One Last Stop, made my heart happy – especially since the lockdown’s stopped all of us from travelling internationally. This story explored themes of gentrification, and captured New York so realistically, that I fell in love once again. McQuiston wasn’t afraid to show both the ugly sides, as well as all the beautiful sides – such as the blend of cultures, and hustle-bustle of the city, which made the setting feel alive.

Each plot twist enhanced the storyline further, and increased the stakes in Jane’s and August’s relationship – which is why I loved it so much. I never knew what exactly to expect, and even though this wasn’t a high fantasy, each twist and turn had me scared for the character’s futures. One Last Stop was also was a lot more sci-fi than I expected! There was a lot of theory – but never too much that it felt like anything other than a rom-com, and I loved that about the book.

At times, things just felt a little too much in August’s favor, or were a little bit too coincidental or unlikely! This really didn’t impact my enjoyment of the book, and I think it did speed up the story, and make it more interesting at times, but, if things were a bit tougher to solve, that would have made the story more realistic. I really don’t know how to explain this, and honestly I don’t think it’s a problem – but just something that slightly bothered me!

No matter how many times I thought it over, my extremely critical brain just couldn’t come up with more than one problem I had with the book, and that too, was a really minor one, I think that’s plenty of reason enough for you to buy One Last Stop as soon as you can!

For queer communities past, present, and future

A dazzling novel that sucked me in from the very first page, One Last Stop is a love letter to queer communities… a magical novel about finding yourself, and fighting for your identity, and the things and people you love. Along with Casey McQuiston’s gorgeous prose, and her authentic characters, banter, and relationships, the plot itself adds to the nuanced storyline leaving you longing for more long after the story is complete.

Casey McQuiston is a New York Times bestselling author of romantic comedies and a pie enthusiast. She writes stories about smart people with bad manners falling in love. Born and raised in southern Louisiana, she now lives in New York City with her poodle mix/personal assistant, Pepper.

Have you read One Last Stop, or Red, White & Royal Blue yet? Are either of them on your TBR? What are some of your favourite queer contemporaries?

36 thoughts on “ARC Review: One Last Stop by Casey McQuiston”

Follow Windows to Worlds on WordPress.com
Join 539 other subscribers 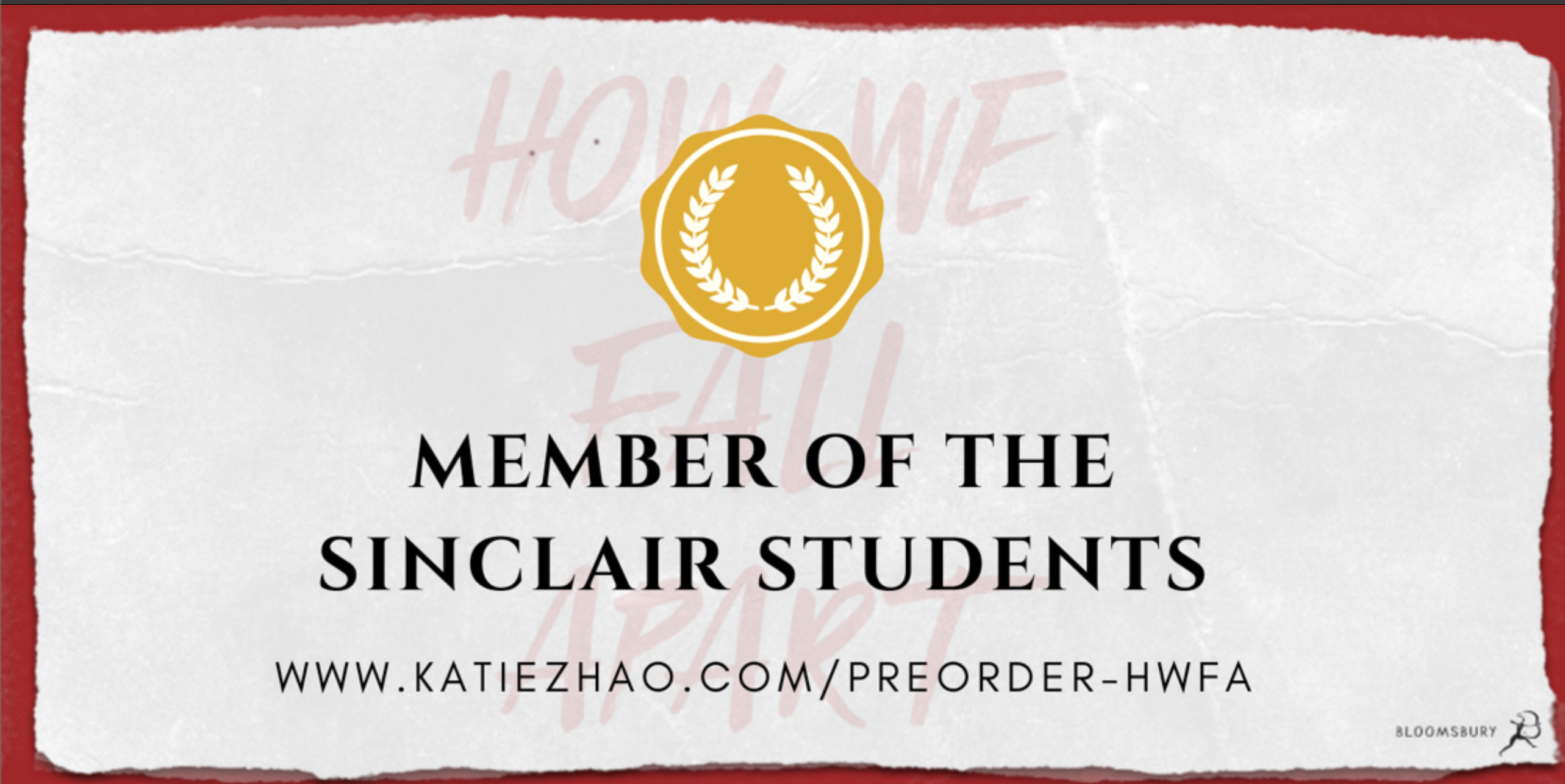