Thank you so much to TBR & Beyond Tours, as well as the author and publisher for giving me a copy of ‘A Crown of Echoes’ in exchange for an unbiased, and honest review!! This is my stop for the tour, and you can click the banner below to view the full schedule, and explore other posts!!

Title: A Crown of Echoes
Author: Brindi Quinn
Publisher: Never & Ever Publishing
Genre: Fantasy
Series: Yes! It’s part of the series ‘A Crown of Echoes’
Final Rating:  5 stars!! (out of 5)

Queen Merrin might be the least queenly queen in all the realms. After all, queens don’t typically sneak out at night to drink with their guards. When her best friend and neighbouring queen, Beau, goes missing, Merrin won’t leave rescue to the knights. She sets out from the civilized world and into the wilds to retrieve her lost friend, but with ancient hexes, stolen power, and a mountain of giants’ bones, Merrin stumbles into something much greater than a simple rescue mission. Get ready for a swoony whirlwind of dark magic and forbidden romance, as Merrin finds strength in the whispers of the forest and comfort in the arms of a guard with tantalizing abilities.

The worldbuilding in A Crown of Echoes is so well described!! Each of the many realms we saw a glimpse of were all so detailed, and when I read about them I had 239876415 images pop up into my head at the same time!! Although we didn’t get to explore all of the realms a lot in this book, it wasn’t confusing, or hard to grasp, and I will definitely pick up the next book just to learn more about all the wonderful worlds + realms in this book. The magic system was so intriguing as well, and it’s unlike anything else I’ve ever read about before!! I know so many books that have incomprehensible magic systems, that are just too complex to understand, but this one was just right; and it didn’t even lack depth.

MERRIN! MERRIN! MERRIN! Where do I even start!? She’s so caring and compassionate, but always manages to be so strong!! She also was full of personality. Merrin is a distinct, and unique character, but she’s also human. Quinn definitely did an excellent job of creating her characters, because, yes, Merrin was flawed (which makes her more realistic), but not SO flawed that it’s evident the authors trying to make her “relatable”. The things she says and the way she acts is also so genuine!! I’ve included one of my favourite most relatable quotes from the book below!

Merrin is also compared to a lioness on SO MANY occasions, and I think that’s the perfect term to describe her. Sure, she has her faults, but she is also good at so many things, which makes her feel more three-dimensional as well as relatable because though we all have our flaws, we’re I’m not completely incompetent despite what my family thinks.

So, something I really adored in this book was the way the relationship between Merrin, and Windley progressed. Ok you guys, Windley’s my new book bf. I love how they’ve both grown up together, and started off as friends, but then were enemies, and how they slowly turned into lovers! This wasn’t rushed at all, and even though it wasn’t completely slow-burn, it was extremely well-paced. There was also so much banter, not only between Merrin and Windley but between ALL the characters, which is something I loved. The banter was also incorporated into the story so well and didn’t feel unnecessary, or extra at any point of time.

I also loved how Merrin’s development of feelings, emotions, and really the development of her whole character was expressed. How her feelings towards the events and people around her changed was so entertaining to read about. In fact, ALL of the character arcs were so interesting, and every single side-character had some kind of development.

I think something I definitely need to mention is the pacing. It definitely wasn’t rushed, and at the same time also wasn’t dragged on, or lengthy in any way. I completed the book in one sitting because I loved it so much, and just couldn’t let go!! It wasn’t slow, the magic system was really well explained, and the explanation didn’t feel rushed, or anything remotely similar to an info dump, which is something I loved in this book. There is also so much adventure and so many action scenes, and I love that even though there is a romance present, the battles, friendship, and other types of relationships are also explored and given a good amount of attention.

The fact that Merrin would do anything to save Beau, and that both of them have been friends since the day they were born makes them serious friendship goals. The relationship between Albie and Merrin is also so special, because since both of Merrin’s parents passed away when she was young, Albie is basically a father figure for her, as well as being one of her most trusted knights. It’s so amazing to see the way he looks out for Merrin and is ready to help, and protect her no matter the cost.

Brindi Quinn is a fantasy/paranormal author from Minnesota specializing in world-building and romance. She is an advocate of quirky love and firmly believes that banter makes the heart grow fonder. Since 2011, Quinn has written over a dozen young adult novels beginning with her debut epic fantasy series, Heart of Farellah. Her works often blur the lines between paranormal romance, science fiction and fantasy, and her series have been hailed as addictive, unique reads within the YA genre by reviewers across platforms. Her bestselling series, The Pursuit of Zillow Stone, made it to #12 in the science fiction romance category on Amazon. Quinn has a bachelor’s in general communication studies and is contracted through Never & Ever Publishing. She considers herself an avid fangirl, indulging heavily in video game lore and good SF TV. Be sure to catch her latest epic fantasy series, A Crown of Echoes.

JOIN THE GIVEAWAY (INTERNATIONAL) TO WIN A SIGNED + FINISHED COPY OF A CROWN OF ECHOES!!
ENTER THE GIVEAWAY ➡ HERE!

Have you read A Crown of Echoes yet? Have you read any books by Brindi Quinn? Have I convinced you to add this book to your TBR? Do you know any similar recommendations you think I would like?

Follow Windows to Worlds on WordPress.com
Join 538 other subscribers 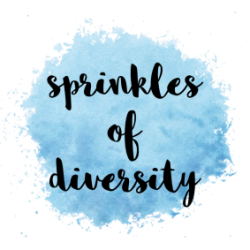